On July 23, Prof. Giuliano F. Panza, professor of seismology of the University of Trieste, Italy, was conferred the Honorary Professor of the Institute of Geophysics, China Earthquake Administration. Mr. Zhao Ming, deputy director of the Department for International Cooperation of CEA and representative of CEA leaders, complemented Prof. Panza as the Marco Polo in seismology at the conferring ceremony.

The conferring ceremony was attended by famous scientists including Prof. Chen Yun-tai and Prof. Zeng Rongsheng, members of the Chinese Academy of Sciences, Prof. Xu Shaoxie, member of the Chinese Academy of Engineering, and Prof. Zhu Chuanzhen, president of the Asian Seismological Commission. The participants of the ceremony were exclusively members of the Committee for Science and Technology of the Institute, corresponding to the faculty in the language of international institutions, reflecting the style of the ceremony: science-centered, and high ranked.

In the last year the first Honorary Professorship was conferred to Prof. Leon Knopoff of UCLA, a world famous geophysicist.

During his academic career over the last decades, Prof. Panza made outstanding contributions to various fields in earthquake and engineering seismology, such as theoretical and computational modeling of high-frequency seismic waves, deterministic zonation of seismic hazards, and intermediate-term medium-range earthquake prediction. He had been the director of the Institute of Geology and Geophysics of the University of Trieste, and the President of the European Geosciences Union. He was awarded the Gutenberg Medal from the European Geophysical Society for outstanding contribution to seismological studies. He is also the fellow of various Academies of Sciences, such as the Fellow of Academia Nazionale dei Lincei of Academia Europaea, the Associate Fellow of the Third World Academy of Sciences, the Foreign Member of the Russian Academy of Sciences, and the Fellow of Academia Nazionale dei XL.

In the citation made by director Prof. Wu Zhongliang, the contribution of Prof. Panza to the development of geophysics in China and to the Sino-Italian cooperation on seismological studies were highly appreciated. These contributions can be seen from the Sino-Italian bilateral cooperation projects on earthquake science, from the Earth science-related training and exchange programs in the International Center for Theoretical Physics (ICTP), from the works of the IASPEI Commission on Earthquake Hazard, Risk, and Strong Ground Motion (SHR), and from the International Program of the Effect of Earthquakes on Megacities. Many Chinese experts in the Institute are his friends.

Prof. Chen Yuntai, chairman of the Committee for Science and Technology and Honorary Director of the Institute, presented the certificate to Prof. Panza.

Prof. Panza gave a warm response to the conferring ceremony, expressing the hope for more and more progresses in the Italian-China cooperation. Invited by the organizer, Prof. Panza gave a lecture on lithosphere geodynamics after the ceremony.

Following the half-day activities, a banquet was organized by the Committee for Science and Technology. 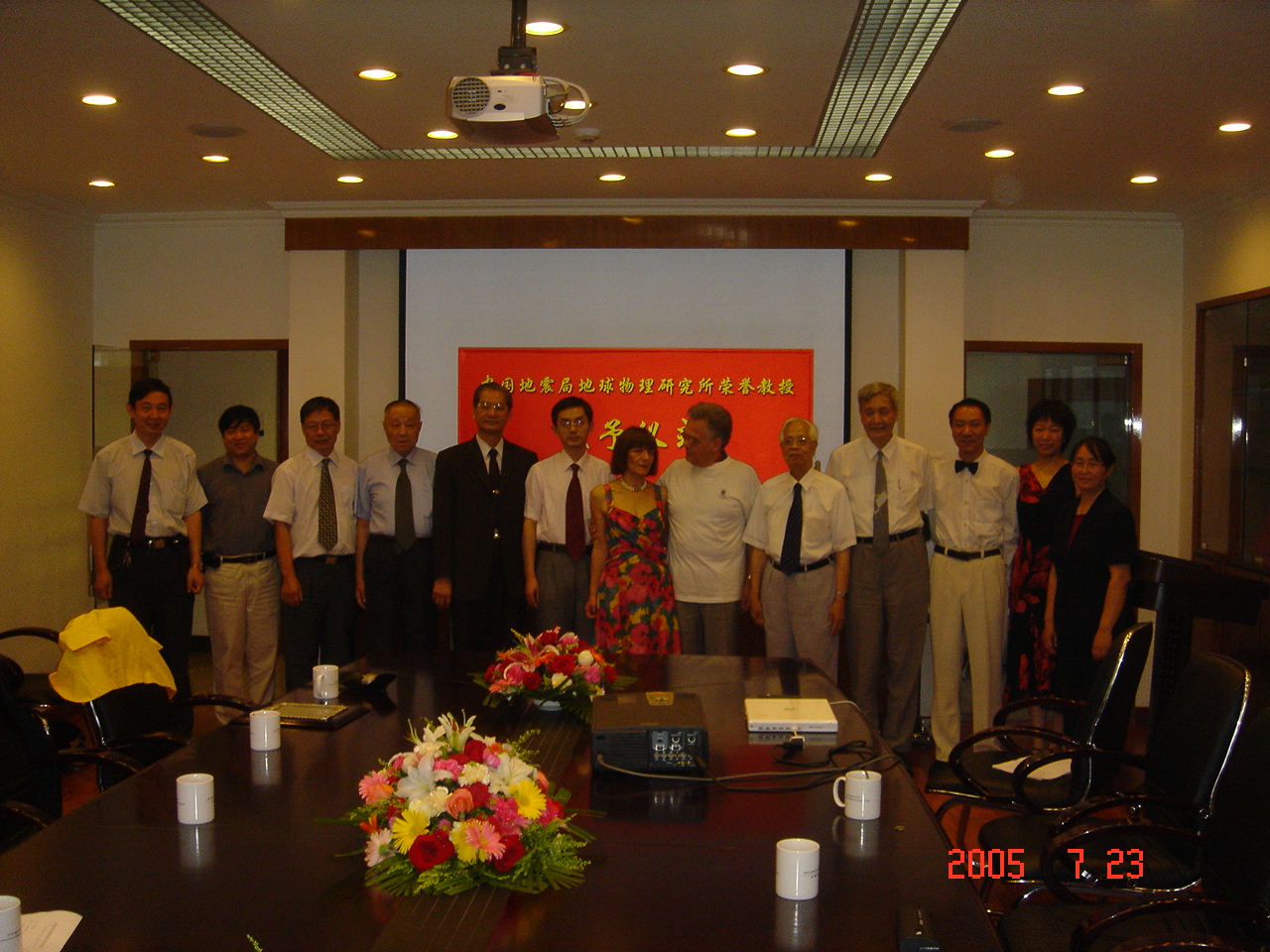 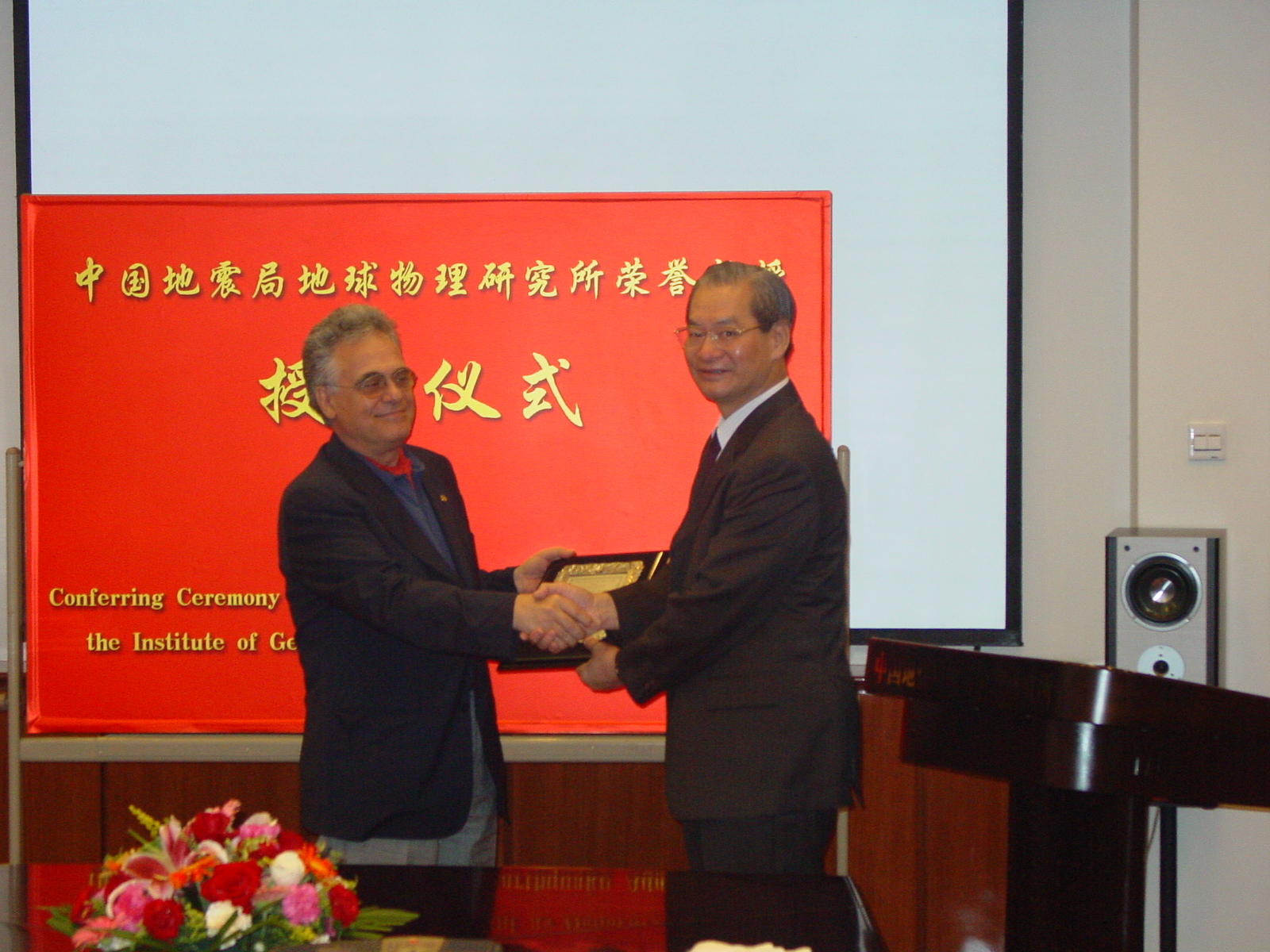 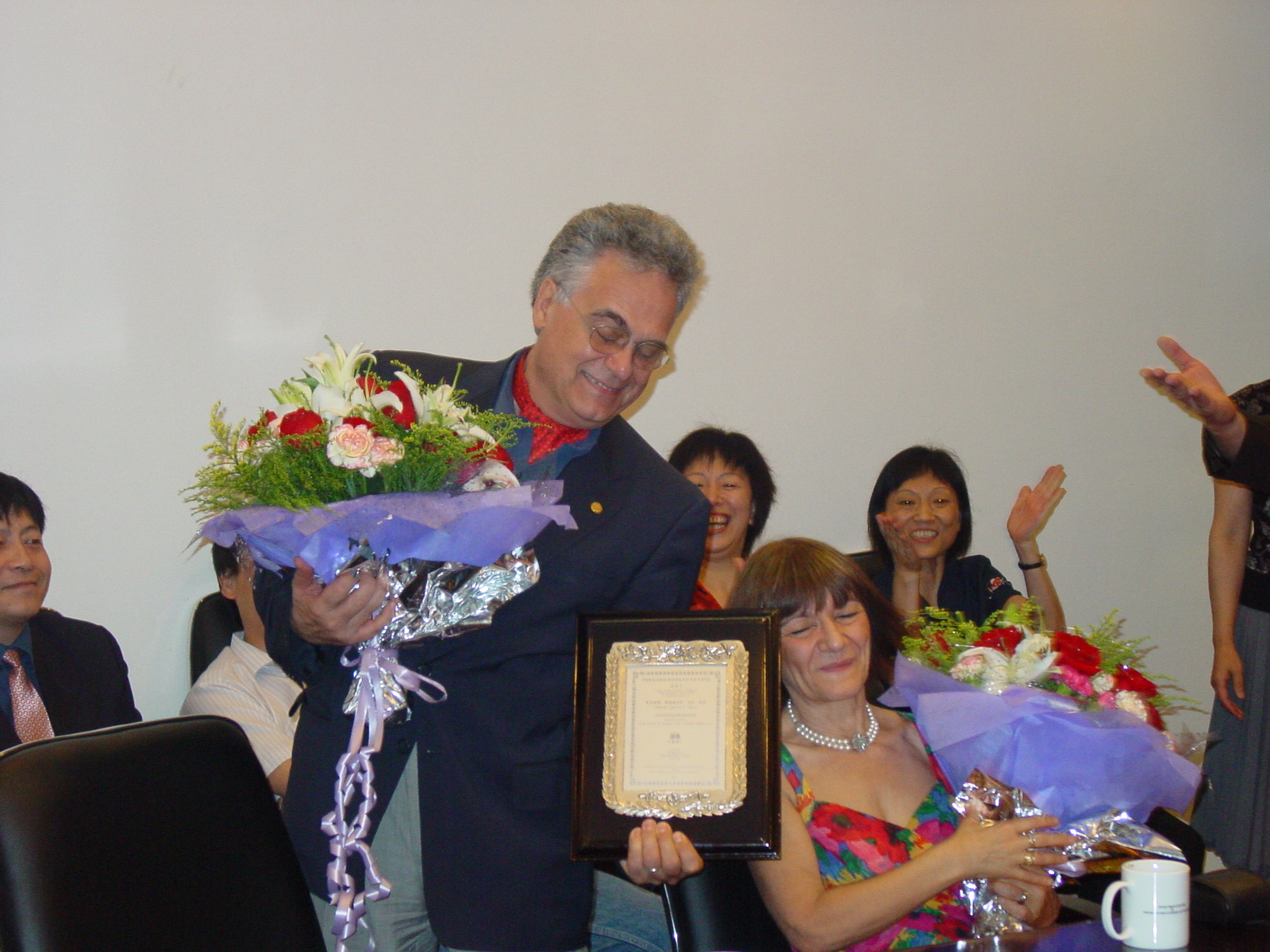